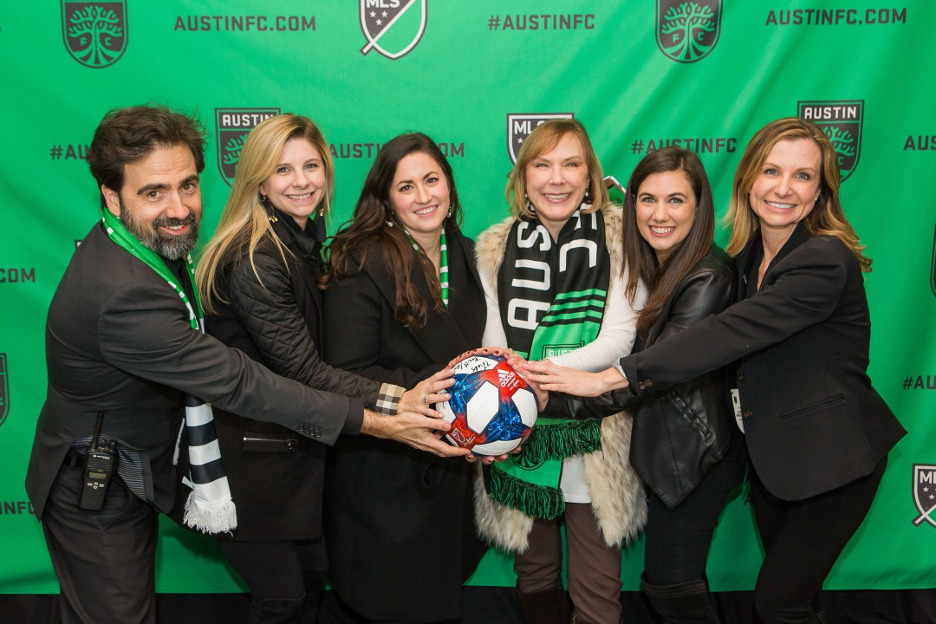 The improbable goals mean the most

April 17, 2021, was a day many in the Austin community had been waiting on for years. It’s a day I knew would happen and thought would never happen at the same time. For the team at ECPR, the “MLS2ATX” journey started with a meeting with a potential new client almost four years ago to the day.

We have many of these meetings, and this one wasn’t unusual. These were nice people with a big idea. Would we like to work with them? Absolutely! Did we think they could bring Major League Soccer to Austin? Mmmm, maybe, but we wanted to help them try!

In the weeks and months that followed, our team became convinced not only that this could happen in Austin, but that it had to happen in Austin. Major League Soccer was just the positive thing our community needed to rally behind together.

The team at ECPR—Elizabeth, Lia, Lindsay, Jen, Cindy, David and others—poured our hearts into this project, and we recruited family members and friends to attend events, email council members, testify at city hall and much, much more. We made new friends along the way and got to know each other a whole lot better.

Frankly, the project tested and expanded every one of our abilities from traditional media relations, media training, crisis communications and writing to social media strategy, branding, community engagement, digital marketing and video production. I was reminded about how each of these dovetails with the other and that having a deep bench is a big part of the ability to be successful. But what made it possible was truly getting invested.

The enthusiasm was contagious. We watched MLS2ATX events and rallies grow from friends and family to hundreds and even thousands of people. We saw lines of people waiting to testify in front of city council extend out into the street.

Some of our other clients got involved as things unfolded. St. David’s HealthCare was the club’s founding sponsor. Karlin Real Estate’s Parmer Austin became the home of the club’s training facility, St. David’s Performance Center. And the vice president of Texas Mutual Insurance now leads a club supporter’s group and hosts the popular Moontower Soccer podcast.

After the multi-year campaign to bring Major League Soccer to our community, Austin FC was launched. It was a bumpy ride at times, but we’d do it all over again. What a privilege and an opportunity to learn a lot about major league sports, local politics, soccer fans, this community and even Columbus, Ohio.

We no longer handle day-to-day public relations for Austin FC. That’s now done by internal staff members who are doing a fantastic job. We are still among the club’s biggest supporters, and we are immensely proud to have played a role in bringing it here.

A hallmark of ECPR over the last 25+ years has been working on projects that leave a lasting mark in our city. You can see them all over town—from the Long Center to Lady Bird Boardwalk, the JW Marriott and more. We now include Austin FC and the journey to bring Major League Soccer to Austin as one of those crowning achievements, and we were proud to finally see this project come to life with Austin FC’s first game, albeit on the road against LAFC. Come June 19, I’ll be at Q2 Stadium wearing verde with my kids and the rest of Austin!

“So many of our dreams at first seem impossible, then they seem improbable, and then, when we summon the will, they soon become inevitable.” ― Christopher Reeve

Kristin Marcum is the president at ECPR.